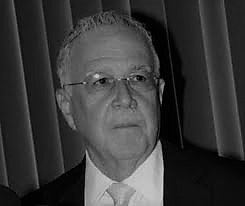 Martin has appeared on behalf of public and private sector clients in numerous high-profile matters before Courts at all levels in Trinidad and Tobago and in the Privy Council. While at the Firm, Martin also managed a high volume of complex advisory work on a wide range of legal issues across many diverse practice areas and he has advised various entities on the interpretation, application and operation of many pieces of legislation. Even after his retirement from the Firm, Martin has maintained an active litigation portfolio.

Martin has dedicated himself to the development of our Firm. He has mentored and counselled many Attorneys-at-Law during his time with us and, notwithstanding his retirement from the Firm, he remains easily accessible to our Attorneys-at-Law and keen to provide services and support when required. Martin has specialist training and has participated in local and international arbitrations.

Martin is a former temporary Judge of the High Court, a former Member of the Regional Judicial and Legal Service Commission, a past President of the Law Association of Trinidad and Tobago and he has sat on numerous boards of major publicly-listed and private companies. He is a former Independent Senator in the Parliament of Trinidad and Tobago, an appointment made in recognition of his outstanding contribution to civil society. He is highly ranked as a Dispute Resolution practitioner of General Business Law in Chambers Global.

Martin is longstanding author of renowned public-interest articles which appear weekly in a nationally-circulated newspaper and in digital media. A vast collection of his articles has been compiled and published in a well-received book, “the Daly Commentaries”. Martin is an avid supporter of the creative and performing arts and is devoted to the development of the Steelband and Steelpan movements and culture in Trinidad and Tobago.

2020- Digicel (Trinidad and Tobago) Limited v. Telecommunications Services of Trinidad and Tobago Limited Civ. Apps. P-260 & P-261 of 2020– Together with Christopher Sieuchand, successfully resisted an appeal from a decision of the lower Court, which decision, among other things, clarified (1) the role of the local Telecommunications Regulator in resolving fair competition disputes between concessionaires, and (2) the Regulator’s power to give interim relief.

2018- Thema Williams v. Trinidad and Tobago Gymnastics Federation and Ors. 2016-02608– Successfully represented, on a pro bono basis, a renowned local gymnast who claimed that she was unfairly treated by her sporting federation in a matter of immense national interest.

2018- RBC Financial (Caribbean) Limited v The Registration, Recognition and Certification Board and The Banking, Insurance and General Workers’ Union (an interested party) CV2017-00827– Together with Christopher Sieuchand, successfully challenged the approach traditionally adopted by the RRCB in certifying a recognized majority union. [on appeal to the Court of Appeal]