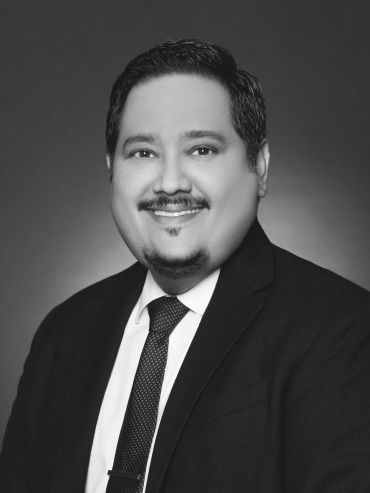 Christopher has been with our Firm since May 2012, and he became a Partner in February 2016.

Christopher provides dispute resolution and risk management services to the firm’s private and public sector clients. He routinely provides legal advice and opinions to our clients who require assistance with significant, complex and/or urgent matters in a wide range of practice areas.

Christopher has 17 years’ Post Qualification Experience in Civil Litigation. He has appeared in the role of advocate before the Privy Council, the Caribbean Court of Justice, all levels of the Supreme Court, the Magistrates’ Courts, the Industrial Court and several other specialized courts, tribunals and commissions. He has also appeared as a Barrister before the Eastern Caribbean Supreme Court in the territory of the British Virgin Islands. Prior to joining the Firm, Christopher worked in the public sector as an advocate Attorney attached to the Solicitor General's Chambers in the Ministry of the Attorney General.

Christopher is recognized by Chambers and Partners, a leading legal directory, as an up and coming practitioner in the area of General Business Law- Dispute Resolution. He has undergone specialist training in project management, mediation, international law as it relates to the CSME and electronic litigation. He has conducted Advocacy training for Attorneys-at-Law and training sessions for public authorities on Freedom of Information Law.

Christopher tutored at the Hugh Wooding Law School for just over 8 years. He is also a former Member of the Council of Management of Lifeline, an organization committed to protecting the interests of the suicidal and despairing. Christopher is a passionate supporter of the Liverpool Football Club and an amateur illusionist.

2022- Energizer Supermarket Limited v. Holiday Snacks Limited [2022] UKPC 16– Together with Sonnel A. David-Longe, successfully defended an appeal brought by a company seeking to set aside an agreement giving rise to an equitable easement on the ground of illegality.

2022- Public Services Association v. The National Insurance Board of Trinidad and Tobago IRO 008 of 2021- Together with Anderson Modeste and Sashi Indarsingh, successfully defended the Employer against an application by the Union that the former was guilty of an industrial relations offence in respect of an alleged illegal industrial action.

2021- Dion Koonoolal v. The Council of Management of the Dental Board of Trinidad and Tobago CV 2020-01843- Together with Sonnel A. David-Longe, successfully challenged the Defendant’s finding that the Claimant had committed a disciplinary offence and the Defendant’s decision to consequently penalize the Claimant on the grounds that the said finding and decision were both unfair and unreasonable.

2020- Digicel (Trinidad and Tobago) Limited v. Telecommunications Services of Trinidad and Tobago Limited Civ. Apps. P-260 & P-261 of 2020– Together with Martin G. Daly SC, successfully resisted an appeal from a decision of the lower Court, which decision, among other things, clarified (1) the role of the local Telecommunications Regulator in resolving fair competition disputes between concessionaires, and (2) the Regulator’s power to give interim relief.

2019- Port Authority of Trinidad and Tobago v. Daban [2020] 1 All ER 373, (2019) 94 WIR 545– Together with Elton Prescott S.C., successfully defended a claim for constitutional relief brought by a former employee against the Port Authority.